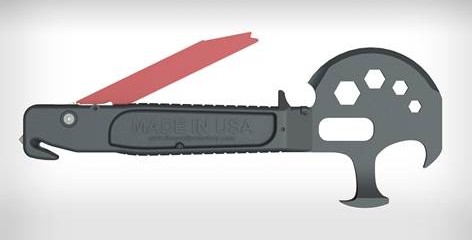 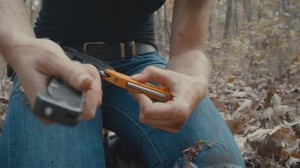 Philadelphia’s Innovation Factory has just figured out the best way to save the world from Zombies! Yep, that’s right Zombies. The LilTrucker – an all-in-one axe, wrench, bottle opener, and fold-out saw – is the ultimate instrument for rugged outdoorsman, boat-building housewives, and survivalist adventurers tasked with the most difficult jobs around. Made in the U.S. and designed by firefighters, the Lil Trucker is the ideal addition to any kit around.

To make this tool a reality, they launced their Kickstarter on May 6th, 2015. The short film created to go with the KickStarter is set during a pre-apocolyptic zombie invasion, and it shows just how awesome and valuable the Li’l Trucker can be. The Lil Trucker website gives a more detailed overview of the tool and its features.

For any questions regarding the Lil Trucker™ or its Kickstarter campaign, feel free to email Innovation Factory at: LTinnovationfactory@gmail.com.

More about Innovation Factory:
Since its inception 10 years ago, Philadelphia’s Innovation Factory has been dedicated to creating lasting tools that get serious jobs done. Their newest venture is no different – a companion to the original Trucker’s Friend™, the Lil’ Trucker™ is the ultimate multi-tool that every rescue worker would want to carry with them. Designed by firefighters and made in the US, the Lil Trucker™ is a portable, easy-to-use instrument that has just as much versatility as the parent product and inspiration behind the Lil Trucker, the Handy Rescue Tool, at half the size. Its features include a hammer, axe, gas valve wrench, spanner wrench, fold-out blade, seatbelt cutter, window breaker, wire twist, bottle opener, box cutter, and hex openings. 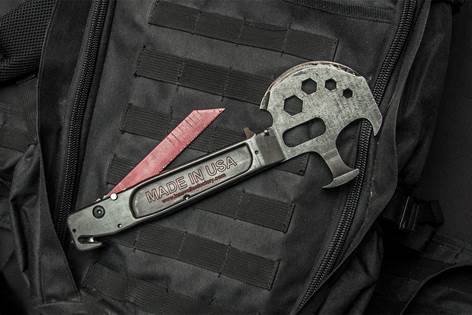 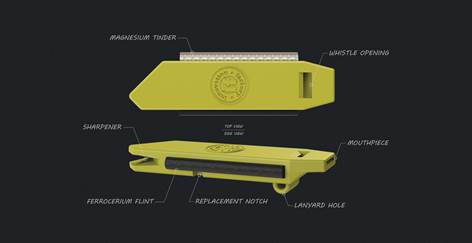