Insidious: The Next Chapter in the Works at Sony 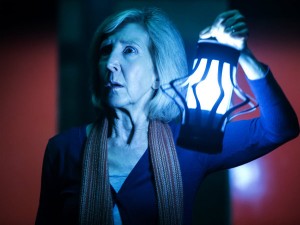 Any number of exciting announcements have come out of Las Vegas’ CinemaCon this last week, but there’s one particular horror-related one that seems to have passed by relatively unnoticed.

During Sony’s presentation, prior to a talk with Spider-Man: Homecoming star Tom Holland, numerous logos for upcoming projects were flashed rapidly across a screen. One of these logos was for Insidious: The Next Chapter.

The film was not discussed at the event, so it’s anybody’s guess as to where it will take the story, although writer Leigh Whannell has previously discussed the idea of setting a fourth film somewhere between the events of Chapter 3 (a prequel) and those of the first film. Last year, while talking about Chapter 3, he told We Got This Covered: “I haven’t really thought about it yet. But for the purposes of this interview, I’ll say that I’d like to explore the time between this film and the first film. That whole area there where Elise has rediscovered her gift, I think you could have a lot of adventures before she arrives. So I think there is a lot of room there. We’ve kind of established Lin [Shaye] in this particular film as kind of this superhero, so that would be kind of interesting to explore in the other films.”

While a continuation of the successful franchise is was always looking likely, fans will be pleased to know that Sony is moving ahead with another Insidious. Time will tell whether or not Whannell will direct the fourth film, as he did with Chapter 3, his sole directorial credit.