Inside Confirmed for PS4 with Atmospheric Teaser

An atmospheric teaser trailer has been unveiled for Playdead’s follow-up to Limbo, Inside, and it confirms that the game will be hitting PS4. The teaser is a tone piece more than anything and creates a sombre, eerie air that promises Inside will be another chilling, dark game from Playdead. 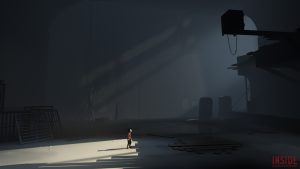 Inside will be another puzzle-platform game that sees players control a young boy to complete various puzzles. Limbo was praised for its dark visual style that was reminiscent of German Expressionism and proved that video games could be classed as works of art. It may have had a loose storyline, but its disturbing core and beautiful visuals made it a great experience for horror gamers.

Inside will be released on PS4 on 23rd August. The game is currently available on Xbox One and Steam.