Inner Chains will Hit Linux and PC This Year 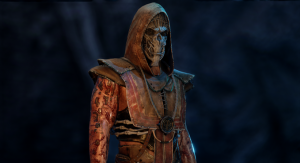 The first-person shooter horror game Inner Chains has already had a successful Kickstarter campaign, having raised over $15,000 of its $10,000 goal. There are still 7 days to go, so you can head over to its page here, and help get the game to the next stretch goal of $20,000 which will give players two extra opponents; one human-like and the other animal-like.

It has now been announced the game will be available to play on both Linux and PC when it is released later this year.

In the game, you will play as an inhabitant of a whole new world that is governed by the Ruling Caste. Civilisation has deteriorated in this distant future, leaving technology and nature to adapt to new conditions. After millions of years of biomechanical evolution, mankind returns to the ecosystem. Much has changed in this world of Inner Chains, but faith, religion and oppression are still very present. Your goal is to escape the oppression of this world and make it to the mythical land of Last Hope, depending on your watchfulness, logic and reflexes to make it there safely.

You can check out the official trailer for Inner Chains below which takes you to the fiery world that is inhabited by humans and plenty of other terrifying creatures.