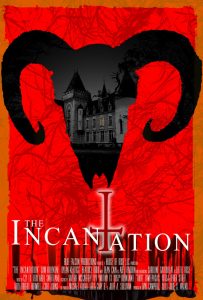 Fairy tales and horror films have always had a lot in common. Besides the obvious similarities in imagery, both genres rely on a set of conventions that the audience is familiar with, and often draw on the inherent fears and desires associated with adolescence. If it is true that most lasting trauma is rooted in childhood, then perhaps horror films can also tap into this adolescent imagery, forcing us to confront our most atavistic fears. The Incantation is the latest film to explore these ideas, utilising traditional fairy tale imagery to examine the themes of secrets, lies and repressed childhood memories. All the conventional symbolism is here – the virginal heroine; the isolated castle; the deep, moonlit forest – though the twists and turns of the narrative ensure that the audience is kept guessing until the final, shocking conclusion.

After the death of her estranged uncle, an American student (Sam Valentine) travels to the south of France, anxious to learn more about her European ancestry. Arriving at her uncle’s château, Lucy encounters a number of mysterious figures, all of whom seem to know a little too much about her family line. After learning more from the local gravedigger Jean-Pierre (Dylan Kellogg), Lucy is soon haunted by visions of a girl in a white dress, forcing her to uncover the secrets of the château and, in turn, her own identity.

The Incantation is a film largely concerned with the conventions of the gothic fairy tale, following traditional narrative conventions that are often missing from modern horror. In this way, the film is a throwback to a classical style of storytelling, focusing more on tension and atmosphere than jump-scares and gore. The most effective moments are also the simplest: a door slamming in an empty room; the sudden calling of a cuckoo clock; an eerie light in a moonlit forest. Unfortunately, this kind of atmosphere can only be maintained for a certain period, and the film begins to suffer under the weight of so much exposition. Characters are often forced to explain the intricacies of the plot, staring off into the middle distance to give long, tedious monologues. Though these are necessary for the final reveal to pay off, they seem both forced and unnatural, breaking some of the tension that was previously established.

Despite some of the problems with the script, most of the performances are solid, particularly Sam Valentine who plays final girl Lucy. Introduced as a snotty, unlikeable millennial who spends her time making obnoxious comments and vlogging on her iPhone, it soon becomes apparent that Lucy is more complex than first assumed, that her outward behaviour is nothing more than a façade. Valentine does most of the heavy lifting in the film, and the fact that she soon has the audience on side is a testament to her skill. Dean Cain – who plays Abel Baddon – is equally impressive, and though his role is much smaller, his presence seems to haunt the film, adding a dark, brooding quality to the narrative as a whole.

Unfortunately, other characters don’t fare quite as well, and many of the smaller roles remain blank and two-dimensional. The chambermaid Mary (Beatrice Orro) is often totally devoid of emotion, and Lucy’s love interest JP – who should provide the emotional core of the film – is almost entirely expressionless. Admittedly, this isn’t always the actors’ fault, and many of the problems stem from the way these characters are written. JP, for example, has an important narrative function in the film, but he also has no discernible personality; he frequently only exists to provide more exposition to the audience. Also, a character who knows Americans like handguns and burgers but who’s never heard of Dracula? Please. 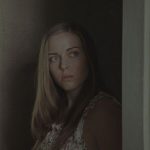 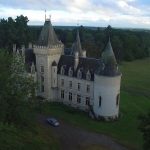 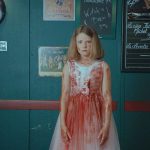 Jude S. Walko’s direction is beautiful throughout, and the fact that this is his first film is nothing short of extraordinary. Through the use of time-lapse photography and wide aerial shots, Walko is able to create a landscape that feels both timeless and magical – a landscape in which roses wilt and bloom in a matter of seconds, in which crumbling statues seem ready to spring to life. There are shades of Jean Cocteau in the exterior shots of the château, as well as Neil Jordan and Georges Franju in Walko’s eye for gothic details, all filtered through a sensibility which seems decidedly fresh and modern.

But the script is really what lets the film down, and the convoluted plot and two-dimensional characters pull it back from achieving its full potential. Perhaps the film would work better if it were aimed at a younger audience, particularly as it rarely feels subversive enough to appeal to adults. The Incantation may be a flawed film, but – thanks to the talents of Walko, Valentine and Cain – still frequently has the power to weave its spell.