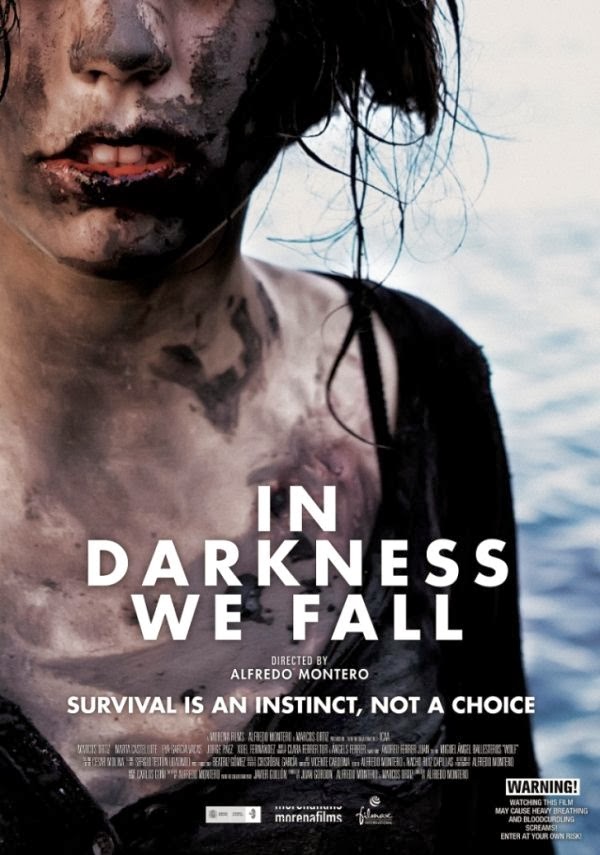 Synopsis:
Five friends set out on a vacation to the beautiful island of Formentera, where they expect to spend their days full of fun and debauchery. On one of their outings they come across a cave set in a cliff and go about investigating inside. However it isn’t long before the group realizes that they have lost their way, prompting them to try to find the exit instead of exploring further. Unfortunately their attempts are unsuccesful and they are forced to stay the night and as a result they find their sanity weakening. As the lack of food, water, and sunlight paired with the isolation from society due to a lack of cell phone reception begins to take its toll on the group, they find themselves beginning to panic and hallucinate. Eventually their survival will rely on them making certain decisions that will change them forever.

Bar a few standout found footage films such as REC and more recently, Afflicted, this horror sub-genre is starting to ruffle most peoples’ feathers. Whilst Alfredo Montero’s In Darkness We Fall isn’t quite as groundbreaking as the aforementioned films it cleverly manages to create a bond between the audience and the screen which is the perfect tool to increase tension and claustrophobia as things go from bad to worse.

It’s all in the setup you see! We follow five happy-go-lucky holidaymakers as they fly off to the idyllic island of Formentera. The first twenty minutes follows their typical trials and tribulations as they get butt naked at the beach, share stories around a campfire, etc, etc, etc. This might sound somewhat derivative but it never turns into a tacky homemade camcorder holiday vid. The actors are top notch and it all creates this clever chemistry between the audience and the characters. It slips you into their skin and when they start having to make some more than drastic choices you’ll be constantly asking yourself what you’d do in the same situation. If you loved Adam Green’s Frozen for that same concept then this is a film for you.

Another beef many of us have with found footage films is the shaky-cam aesthetic. Whilst there are scenes where the camera flails around in the dark, Montero soothes audience headaches using a character behind the camera who runs his own video blog and has plenty of experience. Whilst the film has been likened to The Descent and The Blair Witch Project once things turn sour there’s much more of a Rec feel echoing around the caves. This is by and large down to the camera techniques and I can certainly see why Montero says he feels he’s created a zombie film without the zombies.

As far as performances go, Marcos Ortiz steals the show as Jaco, the extroverted leader of the group who you’ll love to love yet love to hate all at the same time. No surprises as to why he took home the ZonaZine best actor award at the Malaga Film Festival.

If you’re feeling sorely starved of some fresh found footage fodder then this one is certainly worth a watch. Alfredo Montero knows how to drag us into his story, make us laugh, make us tense. Something particularly special about In Darkness We Fall is that it will even have you laughing out loud at moments you know really shouldn’t be that funny. Here’s hoping it picks up as much of a following at festivals as REC did before it.