Iko Uwais Fights in First Footage from Beyond Skyline

Skyline was not a film we were expecting to see a sequel to, but here we are with Beyond Skyline. The first teasing footage has been revealed for the film and, to be honest, it only looks half bad. Putting aside the confusing fight scene involving Iko Uwais, the alien effects look pretty decent. The final shot of the ship crashing to the ground is quite impressive and we’re actually looking forward to seeing what this sequel can offer. 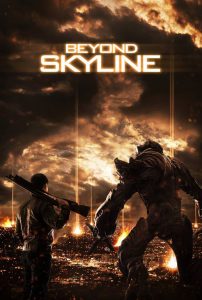 Adding to the great effects is the strong cast that further includes Frank Grillo, Bojana, Novakovich, Jonny Weston and Callan Mulvey. Liam O’Donnell, who has worked on The Bay, Alien vs. Predator: Requiem and the original Skyline, has written the film and also makes his directorial debut with Beyond Skyline.

Beyond Skyline wrapped filming back in 2015, so we do wonder what the hold up has been. Hopefully no one has been getting cold feet. Beyond Skyline will finally be hitting our screens in 2017.