The French horror mystery Evolution has been acquired by IFC Midnight, after originally being grabbed by Alchemy. Evolution screened as part of the TIFF Midnight selection back in September last year and, since this world première, it has garnered a lot of attention. Our interest was immediately piqued after reading the film’s unique and startling concept, you can read the plot below:
10-year-old Nicolas lives with his mother in a village on a remote island inhabited solely by women and young boys. In a hospital overlooking the ocean, all the boys are subjected to a mysterious medical treatment. Only Nicolas questions what is happening around him. He senses that his mother is lying to him, and is determined to find out what she does with the other women at night, on the beach. What he discovers is the beginning of a nightmare into which he is helplessly drawn. 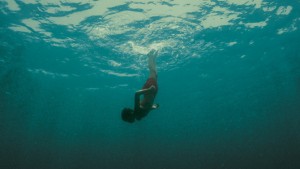 A dark and beautiful trailer was released that shone a very brief light on the mysteries the film is set to uncover. Recent films like The Witch and Goodnight Mommy have proved that there’s plenty of room for horror films that rely on a mysterious and ominous atmosphere, and Evolution seems to be in the same vein as it showcases its sombre and subtly menacing tone. Check out the trailer below to see what we mean.