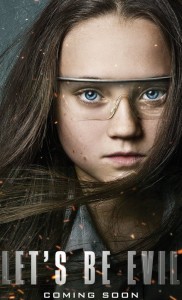 IFC Midnight continues their dominance of US horror distribution with their latest acquisition, hi-tech, claustrophobic nightmare Let’s Be Evil.

Synopsis:
Three chaperones are hired to supervise an advanced learning program for gifted children, who wear Augmented Reality Glasses to assist in their education. Contained within a secure, underground facility, events quickly spiral out of control.