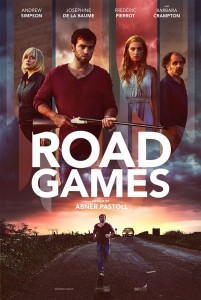 Premiering at Film 4’s Frightfest last summer, Road Games went down a storm at a number of subsequent genre fests in 2015, and now has a VOD distribution deal with IFC.

In the film, the sun drenched days of summer turn dark and ominous for hitchhiking duo Jack and Véronique when they become inexplicably entangled with a mysterious married couple and a local road kill collector in rural France.

IFC will release Road Games on VOD on March 4th. Check out the beautifully minimalist teaser below.