IFC Acquires the Rights to Icelandic Horror I Remember You 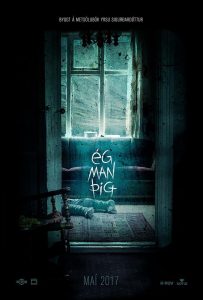 I Remember You comes from director Oskar Thor Axelsson, who directed the 2012 crime-thriller Black-Game, and also 3 episodes of the TV series Trapped. Titled Ég man þig in Iceland, the film has now been acquired by IFC Films.

Synopsis:
After an older lady hangs herself in a church, a new psychiatrist discovers she was obsessed with the disappearance of his eight-year-old son, who vanished three years earlier. Meanwhile, three city dwellers are restoring a house when they realize it is haunted, and a mysterious child named Bernodus, who disappeared 60 years earlier, is discovered as the link between the two groups.

We think the film looks very promising and love that the trailer – which you can see below – refuses to give away clear plot points, but still manages to convey an atmosphere that is subtly laced with dread. It’s beautiful and completely unnerving; a great contrast that should deliver a film that is scary and visually impressive.