If You Love Gremlins Then Kidrobot’s Plushies Are For You 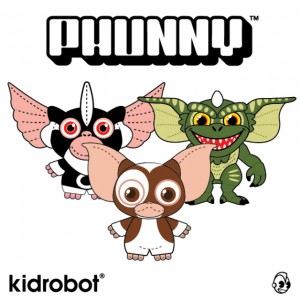 We recently interviewed Joe Dante about his upcoming film Burying the Ex, but it’s his film Gremlins, that has just been given some cool collectible figures from Kidrobot.

Kidrobot have launched a new line of perturbed plushies called Phunny, as they combine the monsters of the horror world with the loveable and cute squashy toys. The 8″ teddies will be introduced with the range of Gremlins characters including Gizmo, Stripe and Mohawk.

The Gremlins editions of Phunny will be available in stores and online this August and will cost $16.99 each.