Uncork’d Entertainment has acquired worldwide rights to Megan Freels Johnston’s The Ice Cream Truck and to celebrate, they’ve given us this new clip from the film.

Freels Johnston, who directed twisty micro-budget horror thriller Rebound, wrote, produced and directed the film, which stars Being Human’s Deanna Russo as Mary, who moves back to her suburban hometown when her husband gets relocated for work. With the rest of her family tying up loose ends back home, she moves into their new house alone. Her sense of warm nostalgia at returning to the town where she grew up however, is soon interrupted by the feeling that something is not right, and there’s something particularly sinister about the ice cream truck that constantly patrols her street. 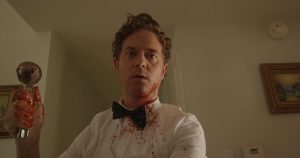 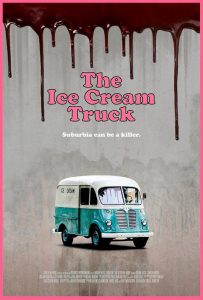 “Megan Freels Johnston has made a very scary but also very smart film”, said Uncork’d President Keith Leopard upon finalising the deal. “The film also offers us a unique and refreshing take on a genre dominated largely by men. We’re excited to partner with Megan on what’s sure to be an early chapter in her long and illustrious career. I’m very excited about the release of The Ice Cream Truck.”

The Ice Cream Truck will be released later this year. You can read my interview with Freels Johnston in the new issue of Scream, which hits shelves March 1st.