Hunting Season Poster Has You in its Sights 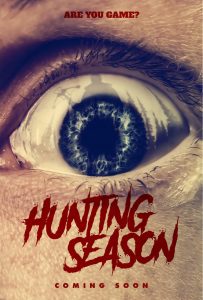 After working together on last year’s The Ice Cream Truck, director Megan Freels Johnston and star Deanna Russo are reuniting for Hunting Season, and Look At Me Films have released one hell of a cool poster for it.

Johnston wrote and will direct the film, for which casting is currently underway.

Synopsis:
HUNTING SEASON” is the chilling story of a single girl whose weekend getaway with her dashing new boyfriend at his family’s hunting lodge puts her directly in their crosshairs. When she goes dark, her roommate tracks her to the lion’s den—just in time for dinner.

Johnston will also produce Hunting Season alongside regular collaborator YuMee Jang, through Look At Me Films, the independent production company set up by Johnston in 2007.

Production is scheduled to begin later this year. We’ll let you know more as we get it.