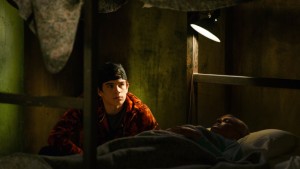 American streaming service Hulu has acquired the streaming rights to a new horror series titled Freakish. Following a group of students who must fight to survive when mutant freaks take over, the series will consist of 10 episodes and comes from AwesomenessTV.

Freakish’s ensemble cast stars Hayes Grier, Leo Howard, Liza Koshy, Adam Hicks, Aislinn Paul, Tyler Chase and Melvin Gregg. The show has been written by Beth Szymkowski and directed by Chris Grismer. Grismer has directed episodes of Orphan Black, as well as The Vampire Diaries, so he knows his freaks.

Freakish is currently in production and should premiere on Hulu at some point in 2016.