How Scary Are 2019’s Most Popular Halloween Costumes?

Halloween is a night for getting dressed up and going out. However, are we currently seeing a shift away from the traditional idea of wearing outfits that make other people scream in horror? With the Halloween market growing each year, what will most people dress up as this year? From classic franchises such as Harry Potter and Star Wars, along with many literary-inspired get-ups found in the dark pages of Stephen King’s novels, if you’re stumped for Halloween inspiration, keep reading for some helpful stats to help spruce up your spooky repertoire.

Google Searches in the US
Google recently released information showing what Halloween costumes Americans are searching for this year. The number one spot on this list is It; famous for its creepy clown antagonist, Pennywise. It seems certain that you will see more than a few scary clowns this year, as this was the most searched for costume in 15 different states.

The second spot on their list of searches carried out in September was a witch’s outfit, which led the way in 11 states. A couple of the other states have Fortnite-inspired get-ups in the top spot.

Interestingly, the biggest climber this year is the White Claw Halloween costume, which is 1,450% more sought-after than it was last year. Among the least spooky outfits being researched right now are “banana” and “unicorn”. 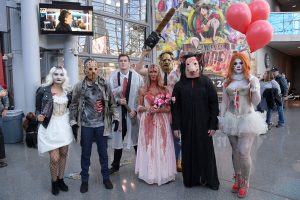 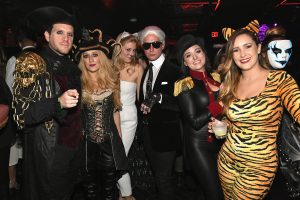 Pop Culture Inspiration
An interesting trend this year is the number of pop culture-inspired Halloween outfits, with Spider-man and Toy Story being a couple of the leading ideas that people are currently looking for. Could you discover the next trend by looking at the upcoming TV shows and movies? You might even work it out by looking at reality shows. For instance, Nick Viall recently gently mocked fellow Bachelor contestant Peter Weber with a costume based on the latter’s (not serious) plane accident.

Meanwhile, Kylie Jenner dressed her 20-month old daughter, Stormi, in a replica of the dress she wore to the Met Gala event earlier on in the year. You may also remember how Kourtney Kardashian became a Barbie doll in 2018 and how Kendall Jenner looked to Austin

Powers for inspiration.
In the UK, Betway recently conducted research into a collection of movie classics and how these flicks could inspire people to take a themed trip or staycation. Among the host of classic films discussed, Harry Potter, Star Wars, and Stephen King’s The Shining are set to inspire the minds of film fans alike. In the same vein, these beloved stories also seek to inspire many a spooky get-up in October. Whether you fancy wandering about in your wizarding robes on Halloween, brandishing your lightsaber, or taking creepy inspiration from many of King’s novels (such as It as we discussed earlier), every outfit is set to be a classic hit at any party.

Speaking of the classics, with all of these new ideas for Halloween outfits, you’re more than likely to see the odd vampire, ghost, monster, and many other classic creatures based on our favorite horror movies. Perhaps the new Addams Family movie will inspire some people to dress us as characters from the beloved classic franchise? The new installment has already grossed $84 million at the time of writing, so we wouldn’t be surprised if Uncle Fester fever shakes the world’s costume repertoire once again this year.

The Google research mentioned earlier includes witches, Chucky, and pirates among the classic themes in the top 15. 1988’s Beetlejuice is still one of the most-searched-for classic horror flicks that people seem to look towards for Halloween inspiration.

Timeless costumes that give people a good shock are always going to be popular. However, the amount of different sources of inspiration these days means that Halloween is likely to become more diverse and interesting than ever before.