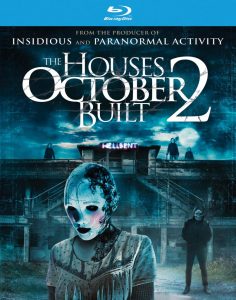 The film will see the return of the first film’s cast, including Brandy Schaefer, Mikey Roe and Zack Andrews. The plot follow’s the extreme haunt fans as they try to recover from the events from the previous year – where the Blue Skeleton proved more terrifying than they could have imagined – by heading out on the road once again to visit more spooky attractions.

The Houses October Built 2 is a worthy follow-up to the first film, with an ending that packs an even bigger punch than the first – if you can believe it. You can check out our review of the film here and our interview with Zack Andrews and Bobby Roe here.