Director Ben Young followed up his hugely acclaimed festival hit Hounds of Love with sci-fi nightmare Extinction, which was set for release from Universal Pictures in January. That however, is no longer the case, with Universal having removed the film from its release slate with no explanation, and no rescheduled date yet given.

The film, which is currently in the final stages of post-production, follows a man whose recurring dream of losing his family becomes a reality when the planet is invaded by a force bent on widespread violence and destruction. Fighting for his family’s lives, he discovers an unknown inner strength to keep them safe from harm. 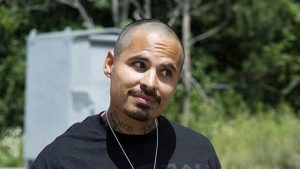 A lot of eyes are on Young following Hounds of Love, and it’s a shame to see his studio debut snatched from release. Hopefully Universal will announce a new date soon.