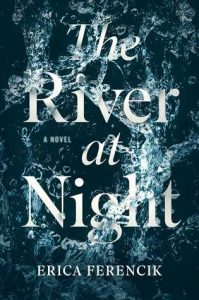 The River at Night centres around a doomed hiking and rafting excursion in which four female friends become stranded in the Maine wilderness following a freak accident. As darkness falls, the women spot a fire on the mountainside, but the intentions of their would-be saviours are anything but harmless.

Roth says Williamson sold the plot to him as a cross between Girls Trip and Deliverance. Williamson and Ben Fast will produce through their Outerbanks banner, and the film will also mark the first project produced through The Arts District, Roth and Roger Birnbaum’s new production company. Screenwriter Melanie Toast is in talks to write the survivalist horror script, with Roth keeping one eye on the director’s chair.