After building some positive buzz with preview stills and clips, horror game Allison Road has been cancelled. The news broke over the weekend, via the game’s twitter account.

Lilith, the game’s developer, started a Kickstarter Campaign a few months back but had to find a publisher when they failed to reach their target amount. Team 17 stepped up, and it seemed like Allison Road was a go.

For months following the Team 17 announcement, there was no news or clues to the game’s plotline, save for the fact that it would feature a creepy forest and a properly scary ghost, seen in the below gameplay clip. Then out of nowhere, the following announcement was tweeted on Saturday: 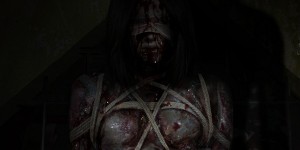 “Hi all. Sadly Allison Road had to be cancelled. Statement to come in the next few days. Thx for all your support and very sad it came 2 this.”

The eagerly awaited Allison Road had been hotly tipped by many in the gaming community, and this news will be doubly disappointing to horror gamers, with a similar fate recently befalling Silent Hill P.T.