The horror book section of SCREAM MAGAZINE will become larger and larger in the future with more reviews, previews, free chapters, competitions and author interviews and to celebrate this we thought we would post a couple of reviews from new releases here on the official website – enjoy! 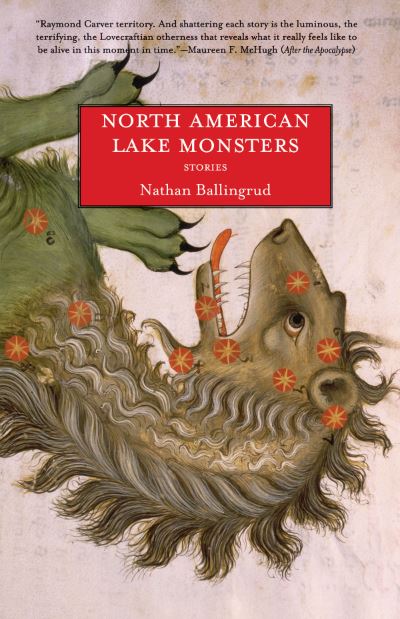 Prior to releasing his debut collection Nathan Ballingrud had already gained awards and high praise for his short fiction, including the inaugural Shirley Jackson Award for ‘The Monsters of Heaven’. North American Lake Monsters, which contains the aforementioned award-winning tale, is proof that Ballingrud deserves every bit of praise and award thrown his way. North American Lake Monsters is not just amongst the best debut collections released last year but is amongst the best collections released period.

Despite its title and cover the collection isn’t about traditional monsters of horror – those fantastical characters we’ve come to adore and are now more pantomime than fearful, like Frankenstein, Dracula and Mr. Hyde. No, North American Lake Monsters deals with real monsters. Those that live nearby; in our town, street, family or even house. In tackling the real – and doing so in such an accomplished and well-written manner – Ballingrud has created one of the most terrifying and bleak collections of this decade. Over 200-plus pages Ballingrud takes familiar characters in recognisable situations and systematically destroys their lives. He does this in such a relatable and authentic way that we cannot help but be a part of it. To feel that our lives, too, are being dissected leaving us permanently damaged. There’s that rare moment when reading a story that you’ll feel emotionally drained and affected upon finishing. This occurs throughout. The first blow delivered with the opener, ‘You Go Where It Takes You’, focussing on a relationship between drifter, Alex and single-mum waitress, Toni and the last with collection closer and the only previously unpublished story on offer, ‘The Good Husband’.

The publisher’s blurb describes North American Lake Monsters as full of ‘love stories’ and ‘monster stories’. This is a fair summation that accurately reflects the content. It is not an easy read. It deals with fragile and damaged protagonists – expect no superheroes here, no black and white, just grey. Sometimes it’s tough to like the protagonists as in ‘S.S.’. In a world of misogyny and racism our teenage protagonist, Nick, is lured deeper into a neo-Nazi gang via an older teenage girl, Trixie. In such a warped society there are no winners, simply varying degrees of victims. The girl herself serves little function for her so-called ‘comrades’ than as a sexual play-toy, a pawn in the backwards politics that surrounds the characters in ‘S.S.’. Victims of circumstance. As is to be expected in this karmic world each deplorable character receives a fitting endnote.

In a market where unoriginal and poorly drawn out vampire tales are rife, Ballingrud’s take on the trope, ‘Sunbleached’ is refreshing. Following the breakup of his parents and his Mother’s subsequent dating, our young protagonist, Joshua, befriends a vampire residing underneath the family home. More Let The Right One In than the high action glossy vampires of Blade and Underworld or the sexy and glamorous vamps of True Blood or the sparkling laughingstock that is Twilight. We reckon Richard Matheson and John Ajvide Linqvist would approve.

All stories within North American Lake Monsters end with a feeling of unease. Flawed protagonists often receive repercussions for their poor decisions, whilst there’s a level of satisfaction to be had for the reader these characters are victims of circumstance and as such it’s difficult to feel glee at their misfortune but rather a great sadness. Ballingrud has painted an excellent portrait of down-and-out Southern America. This is an uncomfortable and difficult read but it’s also an excellent one with nods towards Raymond Carver.  Stop what you’re doing and read North American lake Monsters. 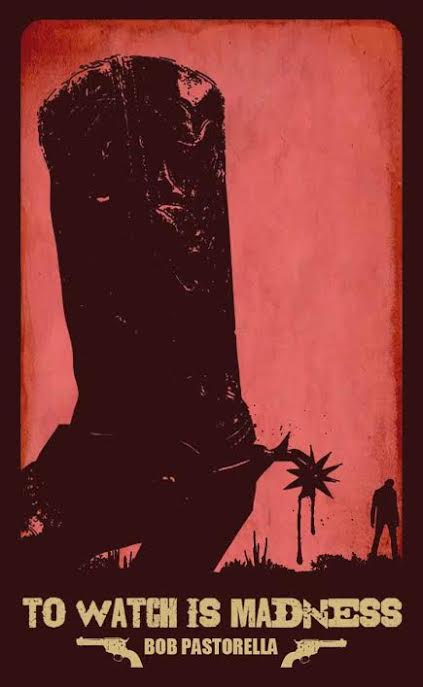 To Watch Is Madness by Bob Pastorella

One delight in reading anthologies is the discovery of a new author. Thus when we picked up a copy of The Booked. Anthology (edited by Pela Via) and read the pitch-perfect ‘Take My Breath Away’ by Bob Pastorella we had to satiate our thirst for great fiction and seek out further Pastorella shorts. Despite having made his mark on the horror-noir scene with contributions in Warmed And Bound: A Velvet Anthology and the aptly named Dirty Noir, it was his standalone release of ‘To Watch Is Madness’ that particularly caught our attention. After his daughter is raped by outlaws in Grigsby’s Bluff, town preacher, Russ, takes it upon himself to seek revenge. Pastorella captures the tone of the western perfectly. As with his previous offerings ‘To Watch Is Madness’ is very well written. It’s a pacey read at just twenty-five pages with a satisfying finish. Pastorella’s hit a home run once again – fantastic!