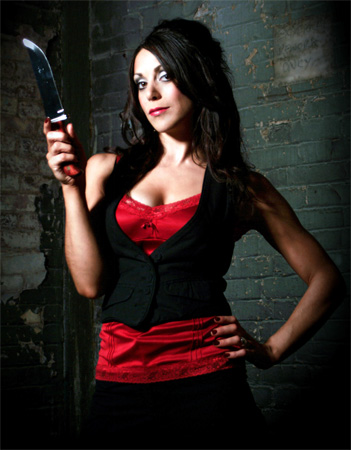 After the excitement of having my own short film Selkie premiere at FrightFest, this month I’m honoured to be a selected judge for the prestigious Shortcuts to Hell 2 competition which launched in July. The entries are all in, the three finalists announced and now it’s down to you to pick the winner by voting for your favourite right here

Three very different shorts made the cut; HUBERT’S GHOST by Joe & Lloyd Staszkiewicz, GEOFFREY’S HEART by Stanislava Buevich and ALL INCLUSIVE by Michael Down. You can watch the shorts as well as the directors’ pitches on the link above to cast your vote till the 8th of October. The finalists each have an elected judge to champion their film and I’m proud to say mine is ‘Geoffrey’s Heart.’

Having spoken to Stacy the director I know how passionate she is about this (secretly very personal) story. The theme is a potent one, that of a mother’s deeply profound instinctive love, enabling her to do anything for her child – however messed up! This is a universal theme, one that is emotive and powerful yet dark and full of pathos when things go horribly wrong. For these reasons I am genuinely motivated to be behind GEOFFREY’S HEART so vote now for GEOFFREYS HEART http://horrorchannel.co.uk/shortcuts_to_hell.php

On to Horror Channel and with 3 UK TV premieres as well as 5 network premieres on offer, it’s going to be a spankingly good month!

MAGIC (1978) Sat 25 October @ 22:40 Network Premiere
With some mega A-list credentials this is an incredibly well executed psychological thriller. Written by William Goldman (The Princess Bride, Marathon Man) starring the enigmatic Anthony Hopkins and directed by Lord Richard Attenborough! The story follows magician Corky (Hopkins) and his ventriloquist dummy ‘Fats’ but as the film unravels you wonder just where Corky ends and Fats’ begins! You see where I’m going here, the ‘dummy’ becomes the ambiguous inner voice of Corky saying and doing the things Corky himself cannot. Creepy.

THE ENTITY (1982) Fri 17 October @ 22:45 Network Premiere
Based on the horrifying true account of one woman’s terrifying ordeal with a malevolent spirit she claims repeatedly molested and raped her. A hideous crime with an invisible assailant? Is anyone ever going to believe her and how the hell do you stop a randy ghost you can’t see or feel? Starring renowned actress Barbara Hershey this is a remarkably disturbing supernatural horror.

LOVELY MOLLY (2011) Fri 24 October @ 22:55 UK TV Premiere
The amount of horrors that revolve around a woman’s fragile mental state and the ambiguity that it could be supernatural forces at play (or that she’s just plain mental) are many! But it makes for engaging viewing and here Blair Witch Project and VHS2 director Eduardo Sánchez creates a chilling piece that does not rely too heavily on cliché and convention. The titular Molly has a disturbing past who moves into her deceased fathers home only to be haunted once more by horrible childhood memories.

TALES FROM THE CRYPT (1972)  Sat 11 October @ 22:45 Network Premiere
Based on the popular EC comic this anthology horror from Amicus productions has become a firm fan favourite and sees five strangers on a caving tour get lost in the catacombs only to be met by a creepy fella called the Crypt Keeper who reveals their grizzly fates, though it seems each of them deserve their comeuppance in return for their wrong doings! This fun 70’s horror does not hold back on morbid death scenes and stars Joan Collins and Peter Cushing.

THE VAULT OF HORROR (1973)  Sat 18 October @ 22:50 Network Premiere
So just one year later following the success of ‘Tales’ comes another anthology horror from Amicus, the winning formula is the same; 5 strangers are trapped and shown visions of their own gruesome demise. This time 5 men stuck in a lift are taken down to the basement – or rather ‘death’s waiting room!’ where they share their nightmares ranging from madness, voodoo, magic and vampires! In black and white – old school! Look out for Tom Baker in the last story.

UNDER THE BED (2012) Friday 10 September @ 22:55  UK TV Premiere
Neal has always been scared of something that resides under his bed, now following the death of his mother he is back in the family home and still convinced, only this time the malevolent creature has it’s evil sights set on his younger brother. But can he convince anyone of something so ludicrous?! Tapping into your true childhood fears this is a real suburban nightmare.

WEREWOLVES ON WHEELS (1971) Sat 4 October @ 22:55  Network Premiere
With a title such as this and a tagline that reads “If you’re hairy you belong on a motorbike’ you can pretty much guess the vibe and storyline here! A trashy 70’s flick that sees a motorbike gang face off against black robed Satan worshipping monks who turn one of the biker gang into a lycanthrope!

That’s it for this month remember to vote for your favourite short film on the link above by 9pm October 8th and turn that short into a fully-fledged movie!