Horror Adventure Among The Sleep Will Hit PS4 in December

After a successful crowdfunding campaign back in 2014, Among The Sleep was tipped to be a horror game to look out for. It was soon released on PC and MAC, but now it has been announced that the game will be released on PS4 this December. Now is the time for you to add it to your Christmas lists! 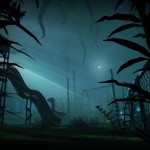 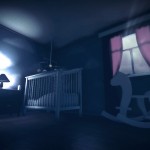 The game is a first-person horror adventure where you play as a toddler and get to view the world from someone very small, but with a huge imagination. If you take a look at the two teasers below you can check out the great perspective, where everything seems much larger and far scarier than if you were an adult.

When speaking about the game’s release, Kristina Halvorsen from Krillbite Studio said, “We wanted the game to look the best and work perfectly with PS4. We had to redo the lightmapped levels and we had to rebake everything, which is fancy developer speak for fixing lights and putting it all together.” It’s great that they aren’t cutting any corners and are intent on making the game as perfect as possible for PS4.