Synopsis:
Pablo Larcuen co-writes and directs this horror which was shot entirely with an iPhone. Friends Tonio (Jonah Ehrenreich) and Peter (Stephen Ohl) travel from New York to Barcelona hoping to hook up with two young and single Spanish women. After a wild night of partying they venture back to the house of Noemi (Júlia Mollins) and Katia (Natascha Wiese). But when the girls start behaving strangely, the boys find themselves trapped in the house and forced to defend themselves from a demonic supernatural threat…

Hooked Up is a typical tourist horror film which shows stupid Americans in a foreign country, looking to have a good time and getting the complete opposite of what they expect, but entirely what they deserve. Tonio and Peter head to Barcelona for alcohol, attractive women and little else. They meet a couple of females in a bar and, somehow, manage to go home with them. They are in for one hell of a treat when they discover one of the girls is in to the kinky stuff, well sort of. She’s a demon of sorts and dons a mask, arms herself with a knife and tries to kill anyone who enters her dwelling.

From the second it started, I knew I was going to hate Hooked Up and I was not mistaken. The film opens with a guy bent over a vomit-covered toilet as his friend films him on an iPhone; the whole film’s shot on an iPhone, you know?! The guy filming is Tonio and he is breaking the wonderful news that he’s shipping them both off to Barcelona – ole! The guy on the toilet is Peter and he’s just been dumped by his girlfriend, so a holiday would be a great way to take his mind of her. Not! He spends  most of the holiday pining after her, much to Tonio’s dismay. This scene is about 5-minutes long and I struggled not to bring up some vomit of my own. I’m all for found-footage films and their concern and desire to portray realism, but the vomit-ridden toilet was almost too much for my stomach to handle.

Hooked Up does not really improve from here and keeps itself firmly in the gutter as it parades around in a misogynistic blur of drinking, partying and more drinking. Tonio’s true concern is not with his friend, but with trying to pull as many of the local girls as possible. Their first night is called “sizing up night” and is where they plan to see what Bareclona has to offer in the female department. As he is the most obnoxious individual to ever grace the screen, Tonio believes that the girls will treat them as gods because they are from America, and form a line to romantically entertain them. Of course, they will. Unsurprisingly, the two fail to attract the attention of any woman, spending most of their evening together. However Hooked Up makes sure to show the guys having a truly fantastic time as they drink a lot, awkwardly dance a lot and make funny faces at the camera…a lot. All of this is supposed to make the final act of the film more shocking as we remember all the fun from the beginning of the holiday and compare it to the literal nightmare the pair are now facing. Sadly for Hooked Up, it fails to capture a genuinely fun atmosphere and instead feels like a student film attempting to stage a party; a painfully fake party.

It’s probably worth skipping the first 30 minutes of the film and saving yourself from the utter misery of phoney drunken activity. It almost starts to get good when Peter is bitten in an intimate area, which sets in motion Hooked Up’s proper horror story. Tonio continues to prove his worth as a best friend as he tells Peter he deserved to get bitten on the genitals for being a weirdo, and refuses to leave the girl’s house. It’s unbelievable behaviour and despite how awful Tonio is, there is no way anyone would act like this, surely? Obviously, we’re meant to hate this guy – and Peter is no better, really – and he does get his just desserts, but his character is just not realistic. Nonetheless, it does get quite enjoyable the two get chased around the house by a mask-wearing, knife-wielding demon maniac. This is all quite entertaining for about 20 minutes, but then the film decides to take a drastic turn and becomes something entirely different. It’s a ridiculous and nonsensical decision and I’m still struggling to come to terms with why it happened. It’s a dire attempt at a twist, which just cements the film as a truly awful one.

There is nothing in Hooked Up that is remotely original; it’s basically an extended version of the winged succubus segment from V/H/S, but not quite as effective. The short worked because it was just that, short. This 80-minute version gets tiresome very soon as it never offers anything we’ve not seen before. There’s far more shocking and effective takes on this genre in Hostel and Wolf Creek, so there’s no need for Hooked Up. Obviously, the film is hoping you’ll all rush to see it for its “shot entirely on an iPhone” gimmick, but honestly, the quality is decent and looks no different to any other found footage film.

All in all, if you want to see a completely unrefreshing found-footage film with a couple of hateful, unbearable characters then this should be right up your street. I however, could think of nothing worse. I’d rather get stabbed in the face than watch this again. 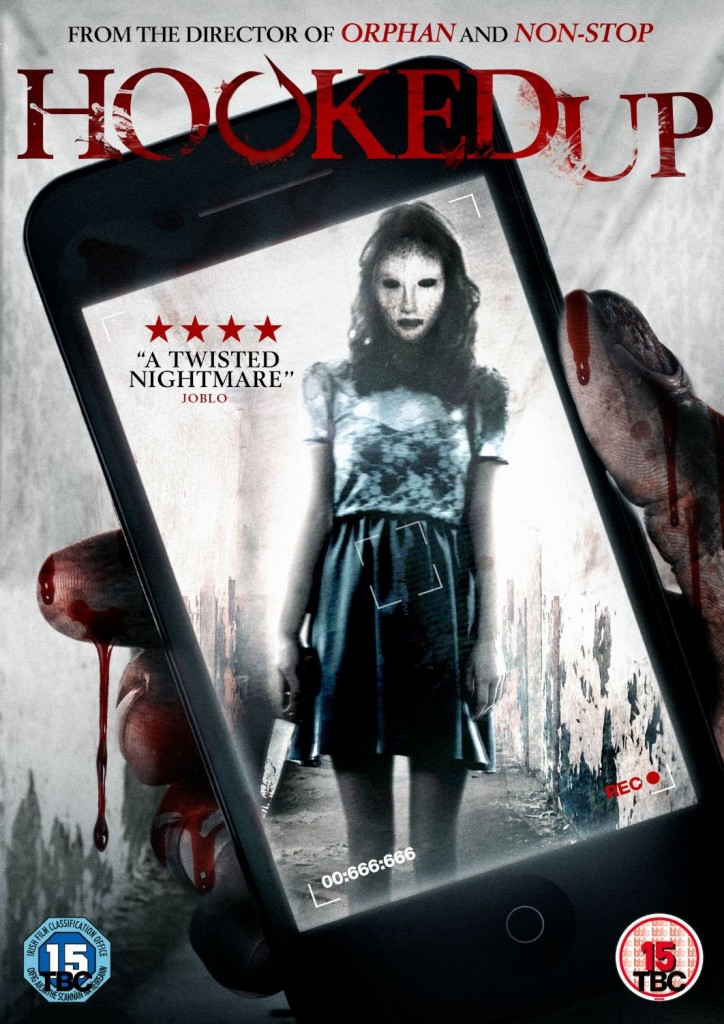