Synopsis:
A talented cellist called Jessi moves into a new apartment with her partner, but when she becomes convinced her neighbour is plotting against them, her sanity starts to slip. All the while she is under huge pressure to perfect a musical performance for an international competition. 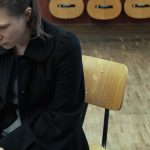 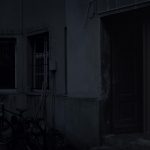 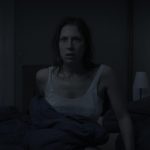 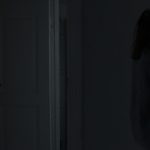 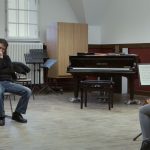 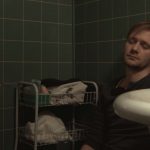 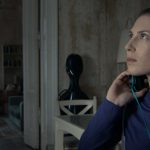 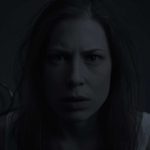 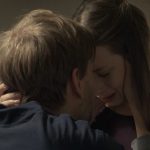 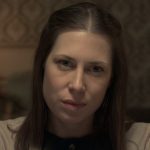 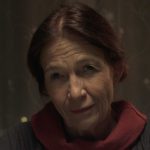 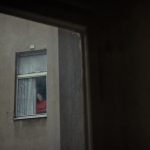 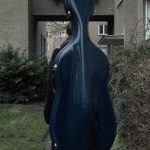 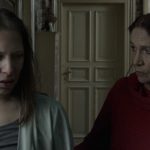 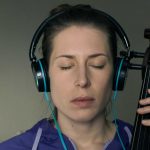 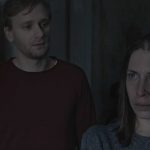 Homesick is a slow-burn tale of ambition and insanity and, for the most part, it’s impressive and unpredictable. The film’s inconsistency is its overall downfall; the slow narrative pacing gets a little tiresome and the ending could have done with a little more punch, but Homesick is worth a watch for its strong central performance, the tightness of its storyline and the effective unease that is conjured in its subtle exploration of psychological horrors.

The film begins with an immediately uncomfortably, where the sound of a cello being cleaned feels eerie and unsettling. Then, a harsh cut places the audience behind a woman as she walks alone. The jarring shift heightens the eeriness and is reminiscent of Darren Aronofsksy’s shooting style for films like Black Swan and The Wrestler. The film’s similarities to Black Swan particularly increase as the events unfold and Jessi’s grip on reality begins to loosen. Even more obvious connections to the psychotic and dark Black Swan rear their head as Jessi’s desire for perfection equals that of Swan Queen Nina.

Lead by a strong performance by Esther Maria Pietsch who plays the troubled cellist, the film is equally ambitious as its leading lady. The film is shot effectively realistically as the camera remains static to allow the events and characters’ actions to speak for themselves. The grey and white design of the couple’s apartment works well to suggest a present and over-arching coldness, but also emphasises director Jakob M. Erwa’s desire to show the flat as a blank slate for the couple, but one that will soon be painted with thematic paranoia, madness and fear.

Frequent wide-angled shots focus entirely on Jessi with lengthy close-ups on her face, allowing the audience to gaze into her feelings, intently focusing on her reaction to what’s happening around her. A particularly effective use of this comes during a dinner scene where it becomes clear that Jessi has a strained relationship with her parents. It’s a short, but important scene, one that explains Jessi’s quest for perfection as stemming from her inability to impress her father. It’s upsetting and uncomfortable to watch, but effectively persuades us of her later insanity and the mental snap that unhooks her hold on reality.

The film’s initial pacing is slow and thoughtful, which works well to contrast against Jessi’s deteriorating mental state. It may be too much of a slow-burn for some – and admittedly, I was urging the film to hurry itself up sometimes – but, there is a satisfaction when we’re treated to the film’s more shocking moments. The horror of psychology is always an effective centre for a story and Homesick certainly delivers a believable and uneasy focus on dwindling sanity. I’m not convinced that the film’s climax hits the needed level of gut-punch – which is an ultimate shame – but the open-ended, twisted ending is a good’un. 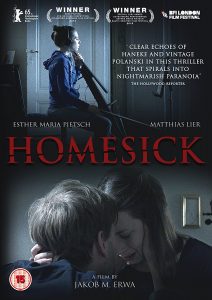 Homesick uses the unreliable narrator device wonderfully and you’ll frequently question if it’s all in her head or whether the nasty neighbour is guilty of Jessi’s accusations. The film is like a neatly controlled roller-coaster; its unpredictability is a joy, but the slowness prevents any true excitement. It’s an enjoyable ride, but one you’ll eventually forget. When Homesick is at its best its excellent, but by the end, I couldn’t help but want more from its twisting narrative.

Homesick is an overall entertaining and claustrophobic thriller and should be admired for its confident direction and commitment to its slightly pretentious execution. Maria Pietsch is the star of the show and the film is worth watching solely for her understated, but excellent portrayal of a woman going (possibly) insane.