Not to be mistaken with Sam Patton’s same-named film released this year, David Moscow’s Desolation received a trailer last week and now, we’ve got a handful of new stills for you.

The film stars Dominik García-Lorido (Wild Card) as Katie, whose relationship with an actor leads to some dark, dark times in the heart of Hollywood. Co-starring are Pitch Perfect’s Brock Kelly, Raymond J. Barry (Falling Down, The Purge: Election Year) and Ninja N. Devoe (Queen Sugar). 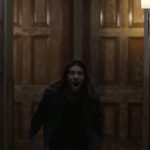 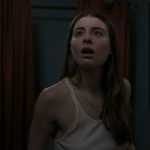 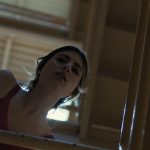 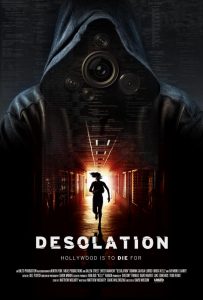 Small-town girl Katie (Dominik García-Lorido) meets heartthrob actor Jay (Brock Kelly) at the motel where she works. Jay charms Katie and brings her to Los Angeles, where she falls hard for him. When Jay gets a movie role and has to leave town, she awaits his return. That’s when everything begins to unravel…

Katie is robbed, her keys and wallet taken. When she reports it, the police question and then attack her. Terrified, with no money and stuck in LA, she keeps calling her friends at home but just gets a “wrong number.” Frantically, she asks Jay to wire her money and come back, but neither he nor the money show. When Katie’s home town newspaper is delivered to her door in LA, it includes her obituary… and she then realises there is some greater evil at play.

Moscow directed Desolation from a script by Craig Walendziak and Matthew McCarty. The film opens theatrically in NYC and LA on January 26th with a nationwide rollout to follow from Parade Deck Films. It will become available on major streaming platforms in April 2018 via Gravitas Ventures.