You may not recognise the name off the bat, but you’ll undoubtedly be familiar with some of Eric Red’s work, as he’s the man who wrote 1986’s nightmare road trip The Hitcher and the following year’s cult vampire favourite Near Dark. Red went on to direct a few horror flicks, including underseen 1991 Jeff Fahey-starrer Body Parts and, more recently, 2008’s 100 Feet. For his next directing gig, Red has announced that he will helm an adaptation of his own 2015 novel, White Knuckle.

The story sounds like it sits somewhere between The Hitcher and 2001’s Roadkill (known in the US as Joy Ride). Here’s the book’s synopsis: 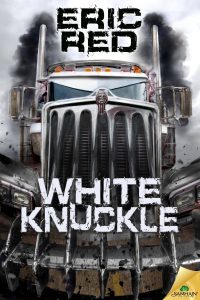 “There’s a killer on the road… He’s a big rig truck driver who goes by the CB handle White Knuckle, and he’s Jack the Ripper on eighteen wheels. For thirty years he has murdered hundreds of women in unimaginable ways, imprisoning them in a secret compartment in his truck, abducting them in one state and dumping their dead bodies across the country.
Dedicated FBI agent Sharon Ormsby is on a mission to hunt down and stop White Knuckle. She goes undercover as a truck driver with a helpful long hauler named Rudy in a cross-country pursuit that will ultimately bring her face-to-face with White Knuckle in a pedal-to-the-metal, high-octane climax on a highway to Hell.”

White Knuckle will be produced by Horror Equity Fund. Red will direct from his own script.