Hit Horror Game Until Dawn Could Get a Sequel 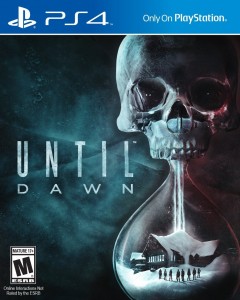 The surprise horror game hit of the year has to be the overwhelmingly successful Until Dawn. The game was the second best-selling game for the week of 29th August in the UK, only beaten by Gears of War. In the USA it was the 7th best-selling game for the whole month of August. Suffice to say, the game’s sales exceeded expectations and now we could be looking at a sequel.

Of course, there are no details on what the sequel would entail, but Executive Producer Pete Samuels has said the following, “We do talk internally about what Until Dawn 2 could be, as it clearly can’t be a sequel in the traditional sense, with the same characters facing the same threat, not least of which because in different stories some or all of them are already dead! We’ve investigated other ways we could do Until Dawn 2 but it probably is a little early to be discussing that.

It’s hard to nail down exactly why the game was so successful, but with a play-through designed to be undertaken multiple times, an exciting story and the game’s emphasis on the importance of choice, it promised a unique gameplay experience. A sequel definitely sounds intriguing, but what would they do with it? Keeping the general butterfly effect idea and moving it to an entirely different setting with new characters sounds like a great idea to us.