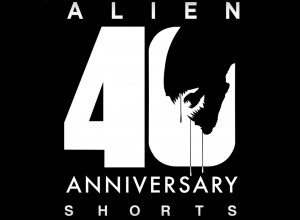 It’s been 40 years since Ridley Scott’s Alien terrified an entire generation of horror fans. Now a new generation of filmmakers is paying tribute to the iconic franchise with an anthology of Alien-inspired shorts.

This anthology has been in the works since 2018, when 20th Century Fox challenged fans to create short films set in the Alien universe. Of the 550 submissions, six were chosen to be part of the film’s 40th Anniversary celebration. IGN will be releasing one every Friday starting March 29th.

Here’s what we know so far about the shorts:

ALIEN: Alone is written and directed by Noah Miller, and follows the last surviving crew member of a derelict chemical hauler struggling to stay alive and find other human life. Three guesses whether she’s actually alone on that ship…

ALIEN: Containment is written and directed by Chris Reading. It sees four people stranded in an escape pod after a mysterious outbreak destroyed their ship, all dealing with some serious trust issues since any one of them might be infected.

ALIEN: Harvest is directed by Benjamin Howdeshell, and sees a ship’s crew racing against time to reach the escape shuttle while a terrifying creature closes in. Luckily, they have a motion sensor to track its movements—but maybe the creature isn’t the threat they should be worried about.

ALIEN: Night Shift is written and directed by Aidan Breznick. It centers around a missing space trucker who shows up “hungover,” so naturally his colleagues decide he needs a nightcap. But as his condition worsens, it seems they may have misdiagnosed him…

ALIEN: Ore is written and directed by the Spear Sisters, and follows a miner who discovers that one of her colleagues has died under mysterious circumstances. Should she follow orders and leave or stay and face her fears—not to mention whatever is attacking the mine.

Last but not least, ALIEN: Specimen is directed by Kelsey Taylor, and sees a botanist trapped inside a colony greenhouse during the night shift—along with an alien specimen hunting for a host.

Which short are you most excited about? Check out the teaser video below, and let us know your thoughts!