FIRST LOOK AT THE LIGHTHOUSE, FROM THE WITCH DIRECTOR

Robert Eggers wowed audiences with his feature-length directorial debut, 2015’s The Witch. He’s teamed back up with production company A24 for his new fantasy horror film The Lighthouse, which follows an ageing lighthouse keeper named Old. 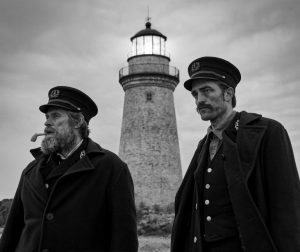 Set in 1890, the film was shot on beautiful 35mm black and white stock, and the first image shows it off in all its glory. In it, we see stars Willem Dafoe (Antichrist) and Robert Pattinson (High Life). We don’t know much about the plot yet, but this first look has us intrigued.

The Lighthouse will have its World Premiere at the 2019 Cannes Film Festival, which runs from May 14th-25th.