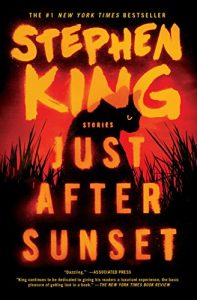 In this week’s Stephen King news, Legendary Entertainment plans to bring an adaptation of his short story Rest Stop to the big screen. Attached to write and direct the feature is Alex Ross Perry, who recently helmed the punk-rock drama Her Smell, starring Elizabeth Moss.

First published in Esquire in 2003 and later included in King’s 2008 short story collection Just After Sunset, Rest Stop centers around a chilling encounter at a highway rest stop. Expect some changes for the feature film adaptation, though, which is being described as a cat and mouse thriller.