Hellraiser: Judgement Character Shots Have Such Sights to Show You 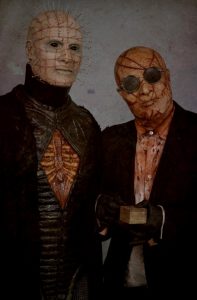 It’s been a few months since anything significant emerged in regards to Hellraiser: Judgement, the latest instalment in the long-running franchise, and the second not to feature Doug Bradley in the iconic role of Pinhead. While last week brought in these images of new villains The Surgeon and The Butcher, this week we get our first proper look at Pinhead, as well as The Auditor, who will take a lead role within the Hellish horde.

Sin City’s Paul T. Taylor plays Pinhead, who is expected to take something of a back foot in the film, allowing the new villains to take centre stage. The Auditor and his partner-in-crime, known as The Assessor are, we are reliably informed, not Cenobites, but something else (same goes for The Surgeon and The Butcher). The film’s casting call described The Auditor as: “All business, very matter-of-fact. Clearly not of this earth. He learns of your sins, your transgressions, your evils, and takes careful note of them before passing them on to the Assessor for judgment. Think of him more as an accountant from Hell…”

Hellraiser: Judgement is directed by Gary Tunnicliffe, who has worked in the effects department on the series since 1992’s Hellraiser II: Hell on Earth. He is currently in post-production on the film, which stars A Nightmare on Elm Street’s Heather Langenkamp, along with Feast director John Gulagher, Diane Ayala Goldner (Feast, Halloween II, Hatchet III), Randy Wayne (True Blood), Damon Carney (2007’s The Hitcher) and Mike Jay Regan, who returns to the role of The Chatterer, which he played in 2000’s Hellraiser: Inferno and 2005’s Hellraiser: Deader. 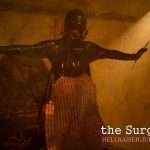 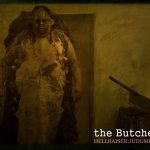 Detectives Sean and David Carter are on the case to find a gruesome serial killer terrorising the city. Joining forces with Detective Christine Egerton, they dig deeper into a spiraling maze of horror that may not be of this world. Could the Judgment awaiting the killer’s victims also be waiting for Sean?