The Spierig brothers (Daybreakers, Predestination) are looking to tackle their next horror pursuit with Winchester, a haunted house feature that follows a woman called Sarah Winchester in 1984 that believes her family is cursed when her husband and child die. The film is based on a true story – because, what it isn’t? – and sees the woman consult a medium that tells her she must travel west and build a house. Sarah does, in fact, build the house, which has around 160 rooms and seven stories. You can visit the house right now, because it’s a huge tourist attraction filled with false doors, crazy staircases and various other ‘traps’ to fool ghosts. It’s in San Jose, so if you’re in that area, go and have a gander. 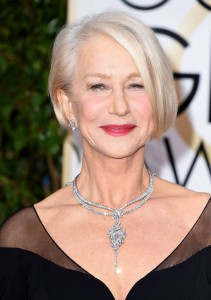 Helen Mirren has been cast as Sarah Winchester and the film will be shot on location, which is terrifying, because the Mystery Mansion is described as one of the most haunted places in the world. An episode of Most Haunted was shot there and it was reported that a chandelier would swing on its own. Spooky!

Winchester is set to begin filming in 2017.