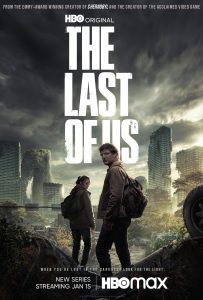 HBO’s adaptation of The Last of Us is set to premiere in the new year, and the latest poster for the series gives us a better look at the crumbling world our characters will be travelling through.

Taking place 20 years after modern civilisation has been destroyed, The Last of Us will follow Joel, a hardened survivor, who is hired to smuggle Ellie, a 14-year-old girl, out of an oppressive quarantine zone. But what starts as a small job soon becomes a brutal, heartbreaking journey as the pair are forced to traverse across the U.S., depending on each other for survival.