With the release of a brand new poster for the series, HBO has officially announced that the leaked release date for its small-screen adaptation of The Last of Us was correct. The series will premiere on HBO Max on January 15th, 2023. 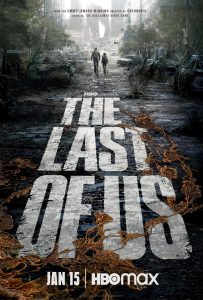 The series was developed by Craig Mazin (Chernobyl), who worked closely with Naughty Dog’s Neil Druckmann to write and executive produce the video game adaptation. Pedro Pascal (The Mandalorian) and Bella Ramsey (Game of Thrones) star.

Taking place 20 years after modern civilisation has been destroyed, The Last of Us follows hardened survivor Joel (Pascal), who is hired to smuggle a 14-year-old girl, Ellie (Ramsey), out of an oppressive quarantine zone. But what starts as a small job soon becomes a brutal, heartbreaking journey, as they traverse across the U.S., depending on each other for survival.