Halloween comes to Hawaii in animated adventure Hallowaiian: Adventure Hawaii, which is headed to the upcoming European Film Market in Berlin courtesy of SC Films International.

Howard Lovecraft and the Frozen Kingdom director Patrick O’Reilly helmed the family-friendly frightfest, which was previously going under the (frankly, better) title Legend of Hallowaiian. 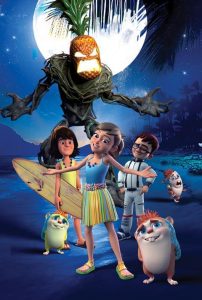 The film is, as you’ve no doubt guessed, set on the Hawaiian islands at Halloween. It follows three young friends who accidentally unleash a mythical monster, and must use the power of local legends to restore peace to their island home. It was written by David Swift, Steven Meier and Scott Owen, better known for his visual effects work on the likes of King Kong, The Incredible Hulk and Avatar.

Viva Pictures has acquired the North American rights to Hallowaiian, and plans to release the film in the third quarter of 2018.