The Haunting of Alice D Finally Unleashed in May 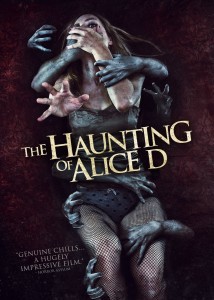 Sounding like a cross between The Seasoning House and The Sleeping Room, The Haunting of Alice D is set for a US home video release through RLJ Entertainment on May 3rd. It’s taken a little while, with the film having played a number of festivals in the States throughout 2014.

The film is the directorial debut of Jessica Sonneborn, who wrote and produced action drama Lure, and has starred in The House Across the Street and Piranha Sharks, and stars one Kane Hodder. These words from the press release will tell you all you need to know about this rather cool-sounding ghost story. 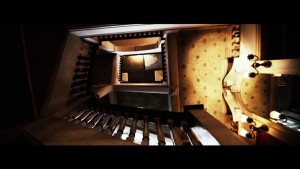 Synopsis:
In the late 1890s, Davenport House was a famously successful brothel, ruled with an iron fist by an owner notorious for his cruelty and insatiable greed. Virtually imprisoned inside these walls, young Alice was forced to endure years of brutality and sexual slavery – until she took murderous revenge on her captors and tragically ended her own life. More than a century later, the latest Davenport heir is hosting a decadent bash in the newly renovated mansion – complete with drugs, prostitutes, and just one rule: Anything goes. But the “fun” has barely begun when strange, terrifying things begin to happen. Suddenly, the legend of Alice’s tormented ghost proves to be very real as the guests discover first-hand that vengeance never rests in peace!

THE HAUNTING OF ALICE D is produced by Kristina Page, Christopher Maltauro (Bloody Bloody Bible Camp), and Josh Hammond (Jeepers Creepers 2).” It will be available on DVD and Digital Video on May 3, 2016.