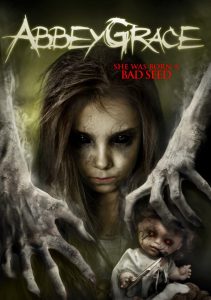 Synopsis:
When Stacey’s mum dies, Stacey puts her life and career on hold and returns to her childhood home to take care of her OCD agoraphobic brother Ben who hasn’t been out of the house for 23 years only to find out the house they grew up in harbours a disturbing secret.

If you’re dying to know more about the film, then check out the trailer below. You can spot the film’s influences a mile off; there are touches of The Shining, Cujo and A Nightmare on Elm Street in there, so the film proudly wears its homages on its sleeve. It looks suitably creepy and bubbling with mystery, so we’re excited to catch Abbey Grace this December and hope you are, too.