Hatchet star Joel David Moore is set to direct an English-language remake of 2013 Korean horror-thriller Hide and Seek (Sum-bakk-og-jil), which is currently in the works at CJ Entertainment.

A sizeable hit in Korea, the original tells of a wealthy businessman who visits the house of his estranged brother, who has been reported missing. Seeing strange symbols covering the walls, he soon uncovers a shady network of squatters hiding in the properties of unknowing tenants. When he finds a symbol on the wall of his own luxury apartment, he realises he has been targeted too.

Moore – whose acting credits also include Avatar, Dodgeball and The Guest – intends to transfer the original’s social messages of wealth divisions and marginalised corners of society to Trump-era America. 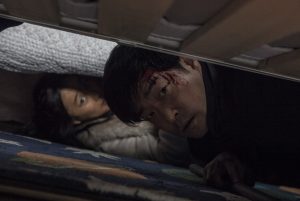 “Hide and Seek is a sharp, sophisticated thriller that created a lasting imprint on me,” Moore said recently. “I wanted to explore what could happen if we retold this story to an American audience, using the tools from the original story. We found a rich and complex world, relevant to our current race, class and power struggles we’re seeing here in America.”