Hatchet Comics will be Red All Over

In 2006, horror hero Adam Green managed what so many others have tried in creating a genuinely iconic modern slasher villain. Closely channelling one Jason Voorhees (not to mention being played by Kane Hodder), the disfigured Victor Crowley came back from the dead to stalk victims in the swamps of Louisiana in Hatchet, returning again for two sequels in 2010 and 2013.

As with Jason, fans would no doubt be more than happy to see Crowley hack his way across screens time and again. While there are currently no plans for another Hatchet film however, Crowley never stays down for long. As revealed by the Movie Crypt Podcast, the bayou-dwelling nutbag will be returning, this time in comic form.

Adam Green posted the following message on his Instagram account:
“Victor Crowley is coming to comics next year! Just in time for HATCHET’s 10 year anniversary, ArieScope and American Mythology have partnered to bring you a SERIES of comics based on the slasher film franchise. That’s a whole lot of new Victor Crowley stories and probably ALL of the red ink the printers can get their hands on. More details and a sneak peek at some of the artwork coming wicked soon!” 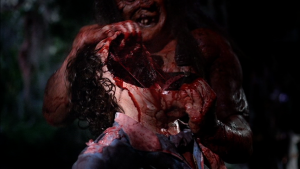 Crowley has been committed to the page once before, appearing in a one-off crossover issue of Hack/Slash. Entitled Hatchet/Slash, the 2011 issue saw Crowley doing battle with Cassie Hack.

So yeah, Crowley’s back. We’ve missed him.