Harvest will Channel Cloverfield and Aliens

LeVision Entertainment, the company founded by former President of Paramount Pictures and President of Production at DreamWorks Adam Goodman, has announced that it is developing alien abduction flick Harvest, Variety are reporting.

LeVision (who are also behind Legendary’s upcoming, Matt Damon-starring monster movie The Great Wall) pre-emptively acquired the worldwide rights to Peter Gaffney’s script, which they described, with no small degree of confidence, as being in the vein of both Cloverfield and Aliens. Further details however, remain elusive. 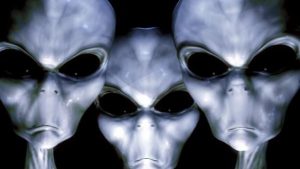 The project has Adam Rodin attached to produce. Rodin is currently working on Terrestrial for Lionsgate, another alien encounter which also happens to be from a script by Gaffney.