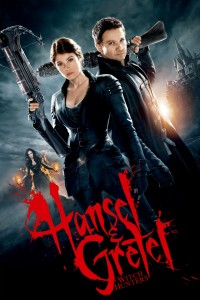 Re-tellings of fairytales are all the rage at the moment and they are showing no sign of coming to an end. Next on the chopping block is Hansel and Gretel: Witch Hunters 2 and the director has been revealed. French director Bruno Aveillan is on-board and this will mark is feature film directing debut. He fills the shoes worn by the first film’s director Tommy Wirkola, the man behind Dead Snow, who announced he would not be returning to direct the sequel.

Wirkola has written the script for the film, but apparently Paramount are on the lookout for someone to re-write it. There is no word on what route the new story will take, but Jeremy Renner and Gemma Arterton are set to return. So, Hansel and Gretel will definitely be making an appearance, thank goodness for that.

The first film was met with overall negative reviews and I was not a fan. However, with a new director and a script re-shuffle in the works, hopefully the sequel will be a bit of an improvement.