Hannibal Season 3 to Hit DVD and Blu-ray in December 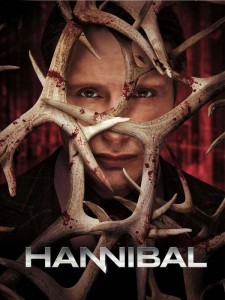 If you’re struggling to think of what you want for Christmas, then let us suggest that you add Hannibal Season 3 to your list. It will make a nice addition to the Season 1 and 2 collections we are assuming you already – and should – have. There are a heap of brilliant Blu-ray and DVD extras with the details below:

Synopsis:
Hannibal is on the run in Europe — accompanied by his psychiatrist, Bedelia Du Maurier — sporting a new identity, but servicing the same insatiable appetite. As the lives of Will and Jack converge toward Hannibal again, each with their own motivations to catch him once and for all, their deadly dance turns in startling and unexpected ways.

It’s a phenomenal end to a fantastic show and if you haven’t seen it already, then you really should. It’s beautiful and terrifying; a truly one-of-a-kind show.

You can buy Season 3, with all 13 episodes, on DVD and Blu-Ray from 8th December, so there’s plenty of time to get that special someone in your life something very special indeed.