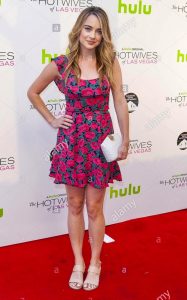 Hannah Kasulka has been cast in the indie thriller Stranded. If you’ve been watching Fox’s series The Exorcist, then you’ll recognise her as Casey Rance, but she’s also featured in the new series of Netflix’s Love.

The film comes from Jordan Barker, the director behind 2013’s creepy horror-thriller Torment, and will follow a group of friends on a snowboarding trip that turns sinister. It’s unclear what exactly happens on the trip, but after the group suffer car trouble their friendships are pushed to the limit.

Stranded additionally stars High School Musical’s Corbin Bleu and Craig Arnold. Barker will direct a script written by Christopher Borelli and the film is currently shooting in Canada – the perfect location for a film as overtly and thematically cold as this one.