Stan Against Evil, IFC’s new comedy-horror series looks like it could be something really special. It’s been getting some buzz for a while now, and it’s now been revealed that the official season premiere will air on November 2nd. 2 days before that though, a ‘special Halloween Night Premiere’ is scheduled. 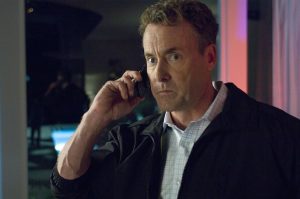 The show was written by The Simpsons writer Dana Gould, and stars the always awesome John C. McGinley as small town Sheriff Stanley Miller, who is dragged into a fight against a plague of demons after having his badge removed.

Stan Against Evil follows Stanley Miller (McGinley), a sour, aging bulldog of a New England police sheriff who has recently lost his position as head honcho due to an angry outburst at a most inappropriate moment — his wife’s funeral. Impatient and judgmental, he’s not exactly accepting or kind towards people from different walks of life. When the new, strong-willed sheriff Evie Barret (Varney) opens his eyes to the plague of angry demons haunting their small New Hampshire town, Stan begrudgingly joins an alliance with her to fight them off. 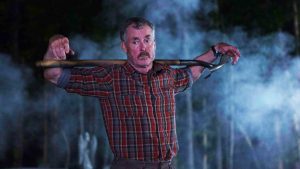 It’s going to be great to see McGinley in a lead role, and one that looks to play to his comedic strength of playing a likeable asshole, evidenced so well in Scrubs and Office Space. “Dana has crafted the most deliciously combustible, subversive contrarian on television. And we are going to set it off!”, he said when the show was first announced.

The Halloween premiere is at 10 PM is scheduled, with two back to back episodes from 10 PM on November 2nd. The 8-episode season will continue on Wednesdays at 10 PM.