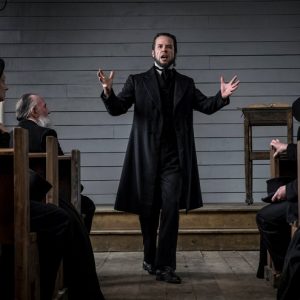 A joltingly raw and controversial spin on the western genre, Brimstone relates the harrowing tale of Liz (Dakota Fanning), a frontier woman wrongly accused of a crime she didn’t commit, as she finds herself set in the sights of a vengeful preacher (Guy Pearce) and flung into an unimaginable world of torment and evil.

With the film releasing today, March 10, SCREAM’s Howard Gorman caught up with Pearce to discuss moulding quite possibly his most spine-chillingly wicked turn to date and his fascination with religion and the destructive paths certain radical religious beliefs can lead us on…

SCREAM: Your resume boasts a whole host of dark and sordid characters but this dissolute religious zealot you play in Brimstone is as execrable as they come. You obviously relish the opportunity to tackle dark, complex, and often despicable characters and for an actor that’s the ultimate challenge but did you ever feel reticent about tackling such ignoble terrain?

Guy Pearce: I love taking on really tense and intense characters. It keeps me interested in the job. I do love a variety of work, as you know, but it really is fascinating to play someone who is so extremely caught up in his own sense of beliefs and who manages to justify his psychopathic behaviour through religion. I thought that the script was really well put together and I found the daughter’s story, Dakota’s story, really moving. I think the more vile my character was, the more it meant that we, as an audience, should feel for Dakota’s journey though life. But it was important that I was able to at least show some cracks in the Reverend’s behaviour. Whenever he was wrong footed or was made vulnerable, we needed to see that and we needed to see how he responded to that; as disgusting as his response might be. I think it was important to see that so that he didn’t come across as just a robot.

SCREAM: Speaking with Martin Koolhoven the other day, he commented on how you dived right into the role and really brought so much to the table that he hadn’t thought about. I imagine you did extensive research into the realm of Calvinistic beliefs and reformed Protestantism to really tap into the motives behind the Reverend’s actions? Martin said that he hadn’t considered the idea of your character speaking with a Dutch accent and it was you that suggested that to him. 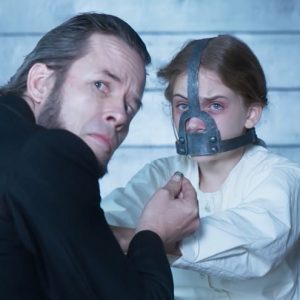 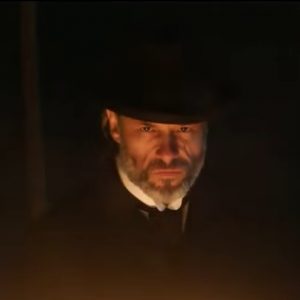 I think I actually just asked Martin how he thought this guy should speak and we agreed that he was Dutch so would have to speak with a Dutch accent. I don’t think it was my idea but one of the hardest things about the role was to succeed with that accent. It’s a really difficult accent but I really wanted to do it and give him what was authentic.

I certainly looked into the world of the Calvinist preacher, to whatever degree that I did, to try and understand why somebody like that and his family and their community would all pack up and move to another country. It was good to get a sense of them, particularly if they were really indulging in the more extreme parts of the religion, and the way they were ostracised, or rather the way they were trying to be shut down in the Netherlands in that time period. There’s something fairly driven about somebody and a community who believes that they can just move to another country to continue what they believe in.

I’m fascinated by religion and I’m fascinated by people’s belief in religion. I’m not religious myself but I’m fascinated by that belief. When it’s that extreme, particularly with somebody like my character who really uses religion to justify his behaviour and really uses the word of God to dominate, it’s psychopathic behaviour when it’s that extreme. There’s no doubt about it. I’m certainly all for somebody incorporating religion in their life when it helps them keep their head above water, but when it becomes dangerous to other people, it’s a fascinating psychological occurrence.

For somebody like the Reverend, it isn’t religion that makes him behave the way that he is. He behaves the way that he is because he has religion in his life and he uses that religion and the two become very much intertwined and I think it all comes down to deep psychological problems.

SCREAM: I wanted to talk a little about your relationship with Dakota Fanning as she came on board later in the day. Surprisingly, she never let on that she had studied a speciality in the portrayal of women in culture and film despite its close correlation with the terrain Brimstone tackles. 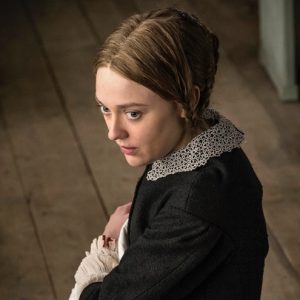 That wasn’t something that was mentioned. Funnily enough, there wasn’t a lot of discussion that we needed to do and the first part of shooting didn’t involve Dakota. The first part of shooting for us was in the middle of 2015 with Carice [van Houten], Emilia [Jones], Kit [Harrington] and myself and by the time Dakota came in, we were all established in the world of that film. We then took a couple of months off and went to Hungary at the end of 2015 for the winter section, which is essentially where Dakota joins us. But it wasn’t about her catching up at all, as far as her understanding of the story, and we really felt we were all on the same page and there wasn’t a lot of discussion that felt like it needed to happen. And Dakota’s definitely not one for over talking things if it’s not necessary.

SCREAM: Your character’s physical appearance is particularly conspicuous and imposing and a pretty precise description I came across was that you resemble a cross between a demonic Abraham Lincoln and Robert Mitchum in Night of the Hunter.

Martin had talked about a particular type of beard. In the original script there was a really good drawing of what the Reverend might look like so I really was taken by that drawing. I grew a beard and sent him some photos of what a version of that Amish beard might really look like. And then I just knew that I really needed to have pushed back hair and everything just sort of fell into place really. Obviously, once we were on set we needed to create different types of looks between the different chapters because they were different time periods. And then there were various discussions with the prosthetics team about the scarring the Reverend carries. But all of that seemed to just fall into place and everyone was on the same page from the outset.

SCREAM: You’ve got various projects in the pipeline but one particular film has piqued my interest. It’s not horror but, given how popular the series “Neighbours” was way back when, particularly in the UK, can you shed a bit of light on a film called Flammable Children you’ve got coming up which features a cast list that reads like a “Neighbours” meets “Home and Away” high school reunion? 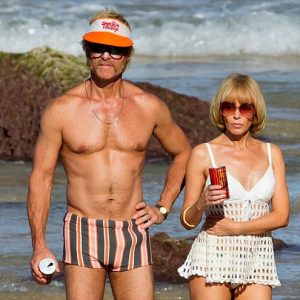 Yeah. Kylie Minogue and I worked on “Neighbours” together in the late ’80s and this film is a story that Stephan Elliott, who did Priscilla, Queen of the Desert, has written and it’s essentially about ’70s bad parenting. The story follows a group of young children and then there are three sets of parents that are in the film as well and Kylie and I are the parents of five young and rowdy kids. It’s a very sensitive and touching story about these young kids and what they are going through. But, as I say, we also get a sense that the parents are more focused on having a good time and letting the kids run amuck. It should be a lot of fun and a good laugh.

We’d like to thank Guy for talking with SCREAM and we urge you to catch Brimstone which is out now in select theatres, on demand and digital HD.