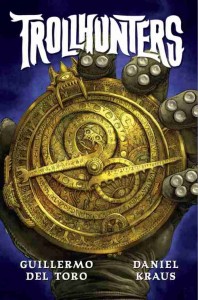 With Netflix and Dreamworks set to expand their rights agreement, borderline genre deity Guillermo del Toro is teaming up with them to produce an adaptation of his illustrated novel Trollhunters. The dark fantasy is set in San Bernardino, California, where local children are going missing. Rumours about trolls are brushed off by the townsfolk, but 15-year old Jim knows better. A co-production with author Daniel Klaus, the book had originally been planned to be adapted into a film, but the extensive world it depicts can be realised far more thoroughly as a series.

Netflix is planning to release a number of Dreamworks animated series, including a reimagining of the Voltron franchise. The animation giants have stated that Trollhunters “will unleash a new, fantastical world wrapped around two best friends who make a startling discovery beneath their hometown.”

The Netflix/Dreamworks deal will incorporate existing Dreamworks product as well as future productions, and expands to include series rights worldwide, outside of China.