In an interview with TimesTalks, Guillermo del Toro revealed his one true regret: not taking the reins of Universal’s Dark Universe. He described how he was approached in 1997 by Universal, who offered him the reins of several of their properties, but he turned down the offer:

“I’ve said no to things that are enormous and I’ve never looked back. The only time I repent I didn’t do something was in 2007, when Universal in an incredibly gentle and beautiful manner said, ‘do you want to take over the Monster Universe?’ And they gave me the reins of several properties, and I didn’t do it. That I repent. So this is a confessional moment, I repent. That’s the only thing.” 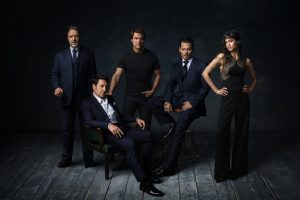 Considering the disappointment of the beginning (and probably abrupt end) to Universal’s Dark Universe, this comes as a huge blow. Imagine the greatness we could have been granted with a visionary like del Toro at the helm. Alas, we have got The Shape of Water to look forward to, which has been inspired by The Creature from the Black Lagoon. Close enough!

What remains of the Dark Universe after The Mummy’s dissatisfaction remains to be seen. But apparently, it’s not completely dead in the water. Watch this space!