Growing Up’s a Nightmare in the Super Dark Times Trailer 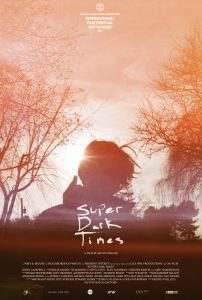 Now, this is a stellar trailer. A hypnotising and effortlessly gripping trailer has been released for the nostalgic, but terrifying coming-of-age thriller Super Dark Times. It shows super dark times indeed, as a group of friends are drawn into the most nightmarish situation of their lives.

Synopsis:
The film follows teenagers Zach and Josh, who have been best friends their whole lives, but when a gruesome accident leads to a cover-up, the secret drives a wedge between them and propels them down a rabbit hole of escalating paranoia and violence.

You can watch the trailer below, which showcases the film’s dark centre and overwhelmingly striking cinematography. As a trailer quote states, it oozes with a likeness to 2004’s teen crime-drama Mean Creek and that’s certainly not a bad thing.

Super Dark Times marks the directorial debut of Kevin Phillips, with a script written by Ben Collins and Luke Piotrowski (SiREN). You can catch the film in the USA on its limited theatrical run from 27th September 2017.