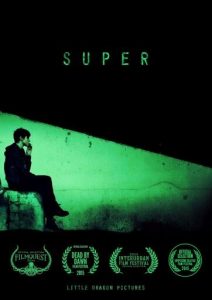 Directed by New Zealander Matt Inns, the film premiered last year at LA’s Screamfest and has since played a number of fests, including Scotland’s Dead By Dawn Horror Film Festival.

Clocking in at around 4 minutes it’s a brief, bare-bones film with stylish visuals, strong performances and a mischievous punchline. Check it out below.